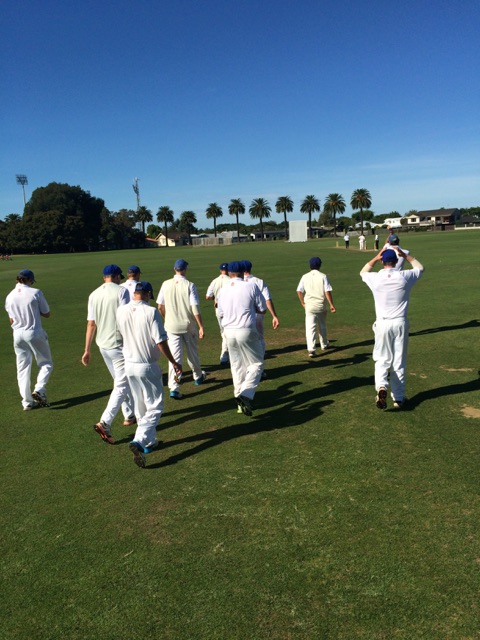 Two Bay of Plenty age-group sides, put on electrifying performances in the morning sessions of their ND tournaments, on Wednesday 16 December 2020.

Bay of Plenty Coastland, put up a massive 382 for the loss of seven wickets, in ND Senior Secondary quarterfinal championship action against Poverty Bay. Ben Vyver was in unstoppable form in blasting 133, off just 88 balls, which included twelve fours and six huge blows over the boundary on the full. Chris Mascall was also in terrific form belting 88 runs with Isaac White posting a half century.

The Bay of Plenty bowlers were as dominant as the teams batting attack, rolling Poverty Bay for 39. Tommaso Pini led the way taking four wickets for 15 runs, with Finn O'Brien-O'Loan (2/0) Issac White (2/8) and Liam Collett (2/15) also in scintillating form with the ball.

Bay of Plenty Secondary Schoolgirls were no less dominant than their Coastland counterparts, on the opening morning of the ND Senior Secondary tournament, being played in Cambridge.  Squaring of with Counties Maunkau, the Bay side smashed a massive 193 for the loss of a solitary wicket. Aimee Unwin top scored with an unbeaten 76, which included eleven 4's,  while Jorja Neill finished with 71 runs to her name.

Counties Manukau were restricted to 66/5 in the  T20 competition. Sarah Jane Stone took two wickets for only 4 runs with Jorja Neill equally impressive in returning figures of 2/7.

ND Senior Secondary Tournament - Championship Quarter-Finals (50 over per side)