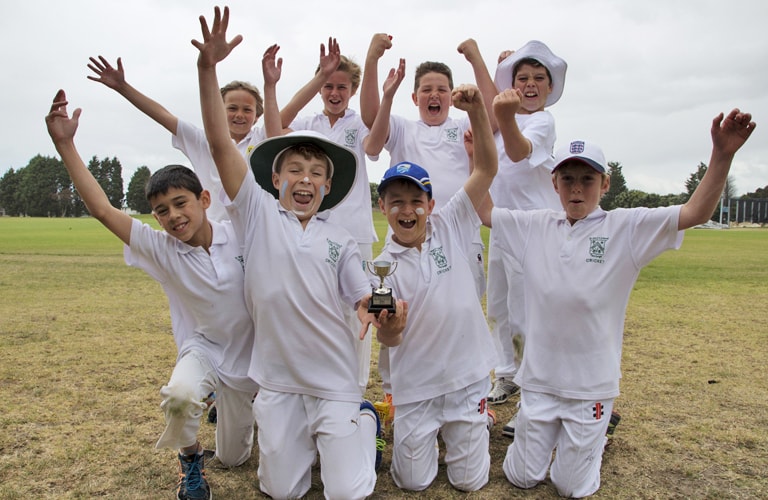 Genera Biosecurity, has stepped in to ensure that the Bay of Plenty Cricket Junior Development Program goes ahead this season, after a funding shortfall.

The BOPCA Junior Development program facilitates the in-school delivery program, which introduces youngsters to the basic skills of cricket. Many of the participants have never picked up a bat or ball previously and enjoy the fun environment delivered by the qualified instructors.

The Genera Biosecurity financial support will also cover the hugely popular and successful Junior Cricket Festival days, which are delivered in the four Bay of Plenty Cricket regional centres.

“Upon hearing that the BOPCA schools grassroots cricket program was at risk of cancelation, denying children across the Bay of Plenty access to the basics of cricket coaching, we agreed on the spot to fund the program”, said Genera Biosecurity founder Mark Greenwood.

Mark Greenwood who is eighty years of age, played cricket in his home town of Te Puke for many years and said that he felt it was important for children of all backgrounds to have access to sport.

“Cricket is such a big part of the Kiwi psych and like any sport, it offers much in the form of developing self-belief, confidence, camaraderie and general wellbeing”. “I loved my playing days and made some lifetime mates and learnt a lot about winning and losing”.

“I’m really happy to be supporting a program, which aims to grow the game by reaching into communities which otherwise might miss out”, said Mark.

The financial support will ensure that the BOPCA Junior Cricket Development Program, goes ahead this summer, delivering cricket   to thousands of children in the Eastern and Western Bay of Plenty along with Rotorua and Taupo.

The Festival Days roadshow, moves to Owen Delany Park in Taupo on Thursday 14th November, with the Eastern Bay of Plenty schools participating in their Festival one week later.

The youngsters that play in the Western Bay of Plenty Girls Super 6’s on the 21st November, on the Blake Park rugby fields, are in a for a once in a lifetime experience, with the opening day of the first test between the Black Caps and England taking place on the adjacent Bay Oval.

At the conclusion of the Super 6, tickets to the Black Caps verses England encounter, will be given to the youngsters to experience the live action of test cricket.