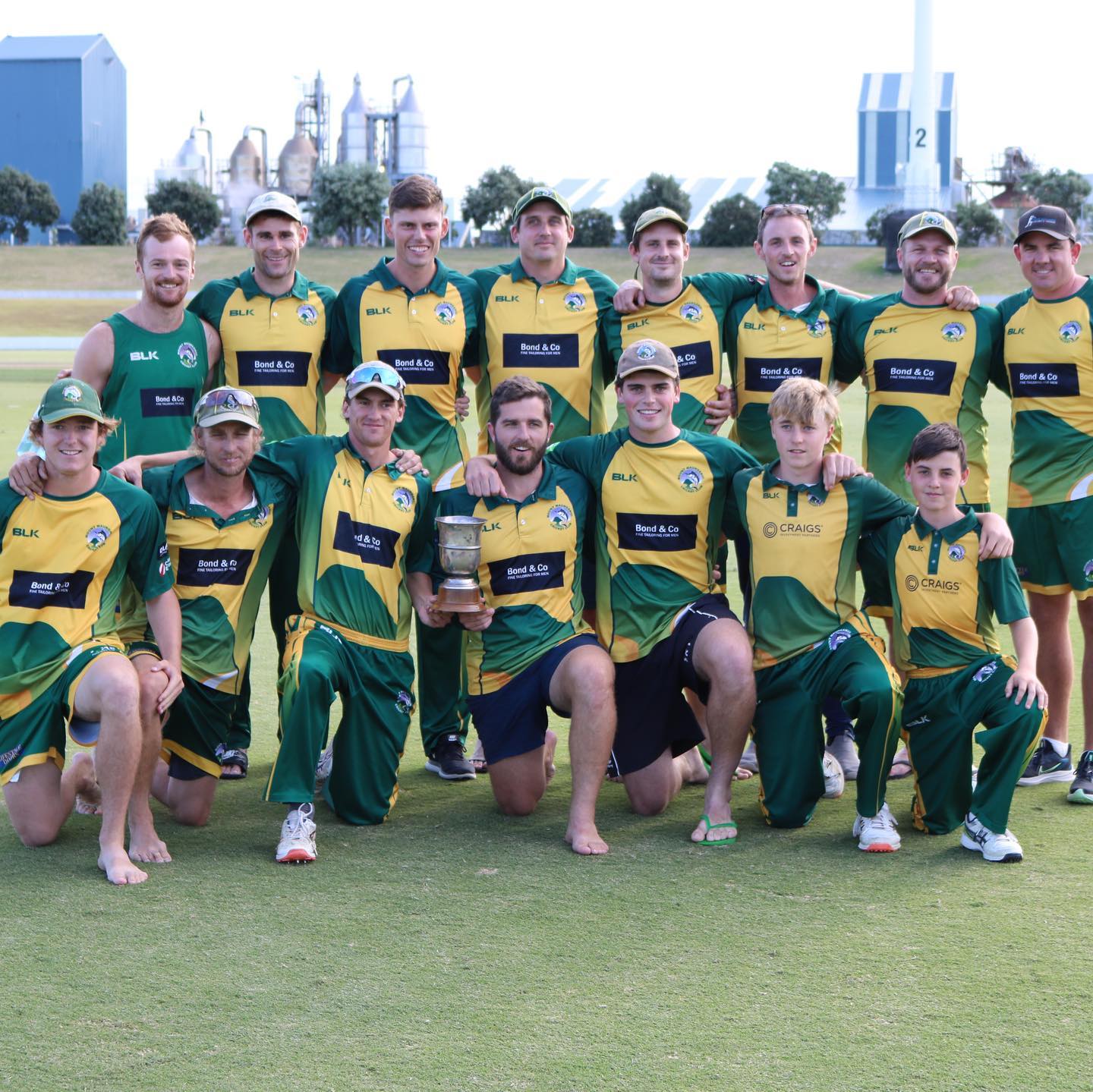 Bond & Co Mount Maunganui, won the Versatile Tauranga Williams Cup for the seventh time on Saturday (27 March 2021), when they defeated Element IMF Cadets by six wickets in the season finale at the Bay Oval.

Two good-sized crowds of parochial club supporters, decked out in club colours were on the sideline, as Cadets took first use of the wicket at the Blake Park international ground.

Cadets lost their first wicket with just 16 runs on the board and were in some trouble at four down for 75 runs. The mire deepened for the Tauranga Domain based side at 6/81, before keeper Taylor Douglas and Mayura Galappththi batting at ten, came together to try and salvage their sides innings.

Galappththi posted a handy 18 runs, with Douglas the last man to be dismissed with 24 runs in the book, as Cadets were bowled out for a very gettable 142. Long-serving Mount bowlers, Tony Goodin and Dale Swan, both finished their spell with three wicket bags with all-rounder Peter Drysdale returning 2/13.

Mount Maunganui made their intention clear from the start of their reply, with their first wicket falling at the 46 run mark, when Ben Pomare was bowled for 26. Ben Musgrave kept the pressure on, with opener Peter Drysdale, to reach 31. However the Mount innings belonged to Drysdale, who anchored his sides six wicket Williams Cup victory, with an unbeaten 59 off 89 balls.

Mount Maunganui Captain Matt Golding said “Our keys to success was the overall strength of our team being able to bat right down the order and also having at least seven very good bowlers”.

“Our standout players were every bowler, being asked to bowl first on a flat track; they did very well and it was a whole team effort. Pete (Drysdale) anchored the innings and Ben (Musgrave) played a match winning knock.

The Mount Maunganui win, added the Williams Cup to their Baywide T20 Championship, and also gave them the Hart Family Trophy Baywide Champion of Champions title for the tenth time.

“It was a great way to finish the season, winning the Williams Cup, which sums up our season and what we have achieved”. “It is awesome to send Nick Smith into retirement with a Williams Cup win. He has contributed  a lot to the club and we will always grateful for it and there was no better way to send him off than winning the ‘Old Bill’.

Tauranga Boys batted first and were bowled out for 196. Isaac White top scored with 46 with Liam Collett posting 39 not out. Mikare Leef was the best of the home sides bowling attack taking three wickets for 27 runs.

Devon Surrurier was in grand touch, anchoring the Te Puke innings with a 94 runs at a run a ball. Blair McKenzie belted a neat half century with Jamie Oakley chipping in with 32 runs.