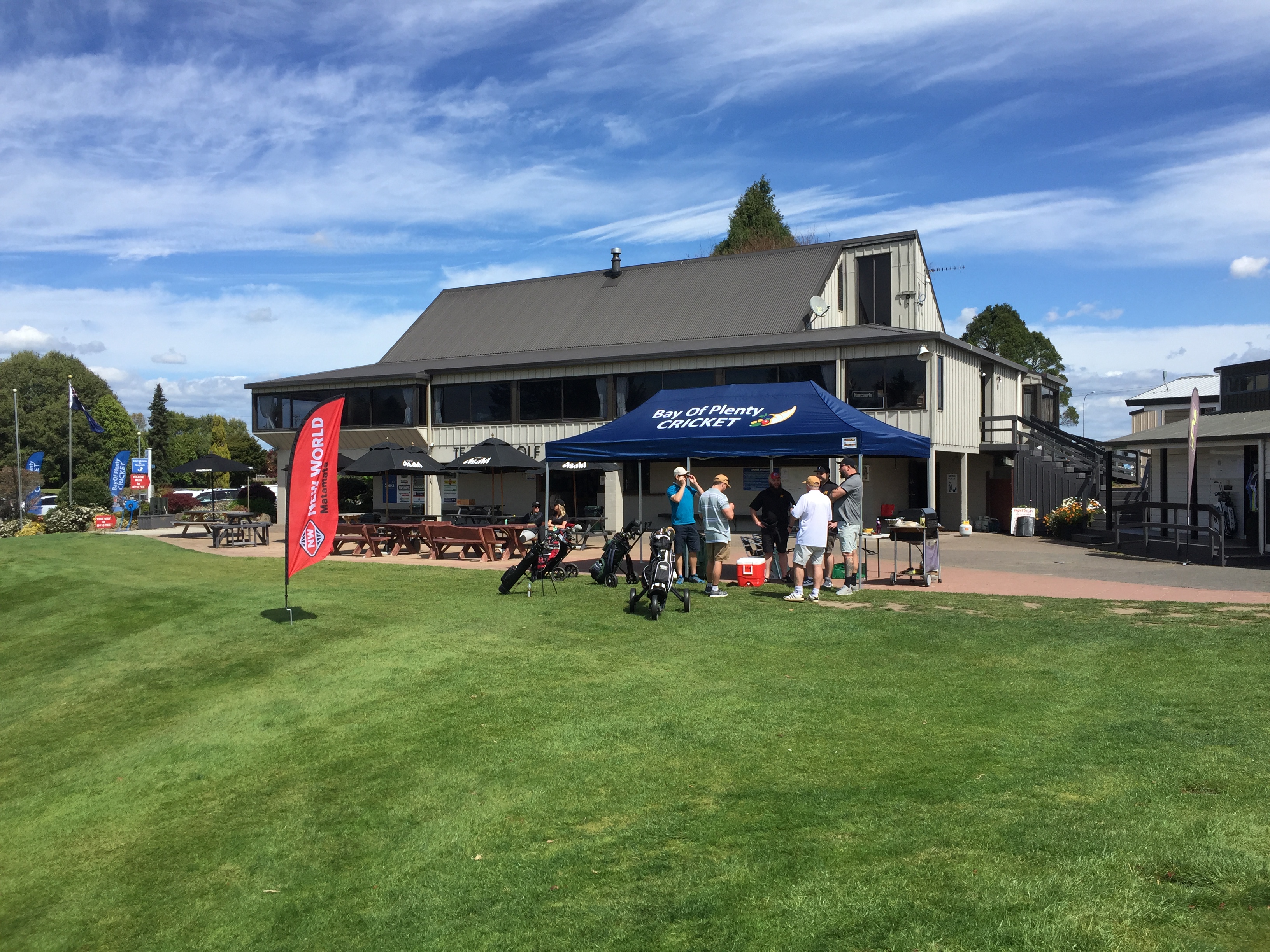 The Bay of Plenty Cricket Ryan+Alexander Consultancy Ltd Golf Day played at the Te Puke Golf Club on Friday 9th October 2020, was a outstanding success, with a maximum field of 136 players lining up for the shotgun start.

The purpose of the day, was to raise funds to assist with the delivery of the Bay of Plenty Cricket junior cricket programs in the coming season. The money raised will help deliver the Superstars skills program, The GoGirl program and the hugely popular BOPCA Festival Days held in all four Bay of Plenty Cricket regions.

A myriad of sponsors, cricket administrators and cricket fans completed the field and were amongst the keen bidders of the sporting memorabilia, which was auctioned off at the prizegiving to assist with the cause. The memorabilia auction included items signed by golfer Ryan Fox, All Blacks, Dan Carter, The Knights and Northern Spirit cricket teams, Black Caps skipper Kane Williamson and Neil Wagner.

Two big hitters of the cricket ball in Colin de Grandhomme and Brett Hampton took out the long drive competitions, with Ben Christensen and Janice Fraser winning the nearest the pin prizes.

The highly sort after Cricket Club teams trophy (and twelve months of bragging rights) was earned by the Mount Maunganui CC side of Daniel Hill, Tony Goodin, Andrew Hoogstraten and Matt Golding.