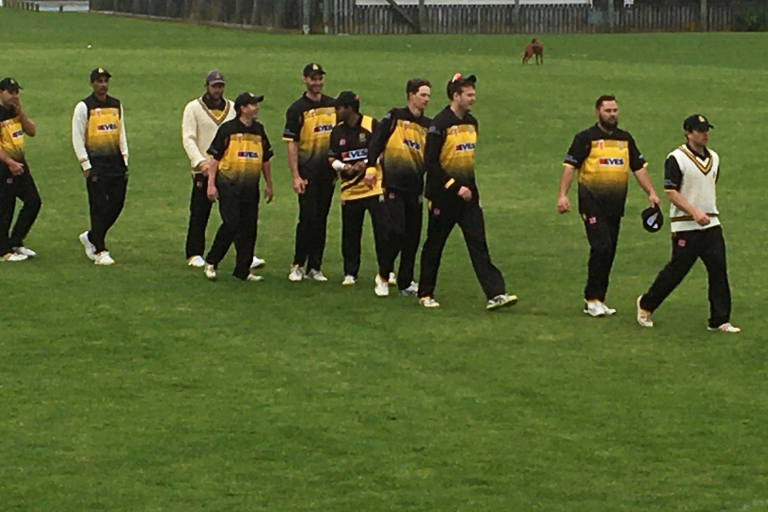 What’s better than some midweek T20 action and with the Baywide Cup on the line, the teams in pool 2 didn’t disappoint.

Tauranga Domain was the place to be if you were an Element IMF Otumoetai Cadets supporter, as they retained top spot on the table with 3 straight wins. After winning the toss and deciding to bat first, Eves Realty Greerton struggled with the bat with Brandan Laurenzi top scoring for his side with 38. Cadets easily chased down the 128 needed in 18.3 overs with only 2 wickets down. Marcel Collett finishing up on 78 not out off 66 balls.

Over in Te Puke, The Flying Mullet Te Puke men decided to have a bat first against Holland Beckett Law Tauranga Boys who were in with a chance when they dismissed opener Devon Serruier cheaply in the 3rd over -  but it wasn’t their evening as Ben Vyver and Blair McKenzie put on a 2nd wicket partnership of 57.  A late flurry by Stephen Crossan and Cameron Riley as the pair added 45 runs off 23 balls before Crossan had to leave the field retired hurt.

We are getting close to the halfway point of the Bayleys Bay of Plenty cup and all eyes will be on the top of the table clash between The Flying Mullet Mount Maunganui and the Bayleys Central Indians. With only a slightly higher run rate all that is separating the two teams, Mount Maunganui will be looking to secure that top spot with a win.
Coming off a convincing win over the Craigs Investment Partners Geyser City last weekend (chasing down the runs in just 14 overs), the Central Indians will be looking to star bowler Andrew Gibbs to continue on his form with the ball and add to his 13 wickets he has taken after 3 rounds.
One person they will be trying to get out cheaply is Niven Dovey who is currently ranked as the number one batsman in the competition with an average of 61.36 after scoring 90 against Greerton last round.

Keen to get a win under their belt, the Holland Beckett Law Tauranga Boys will play 4th placed  Eves Realty Greerton. Greerton will be missing the batting prowess of Jeet Raval and the power of Brett Hampton who are away on ND representative duties. A special mention to Tom MacRury who is playing his 100th game this Saturday.

Te Puke Domain will host the Generation Homes Lake Taupo side who will be fresh after a bye last round and keen for their first win of the competition. The Flying Mullet Te Puke will be without the hard hitting batsman Steve Crossan who is resting up after receiving a nasty concussion during Thursdays Baywide Cup T20 game.

Craigs Investment Partners Geyser City will be ready to get off the bottom of the table and redeem themselves after last weekend’s heavy loss when they play host to Papamoa. Papamoa is coming off the back of a losing draw so both teams have a lot to play for.