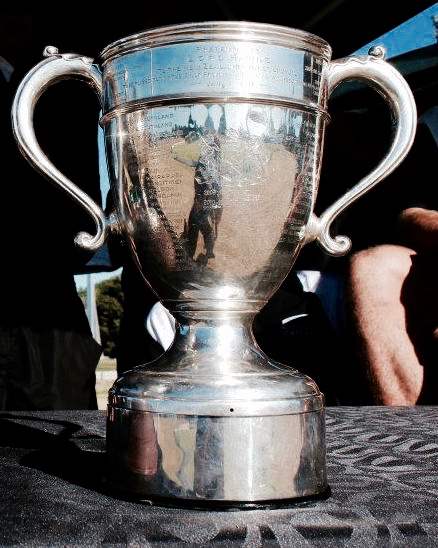 BAYWIDE CRICKET SEASON KICKS OFF WITH THE BAY OF PLENTY CUP

The major casualty as nine Baywide teams start their 2020/01 season campaigns, are several of last years overseas players who are unable to return to pick up where they left off last season, due to Covid 19 entry restrictions.

All eyes will be on Bond & Co Mount Maunganui, who won the prestigious Hart Family trophy (Baywide champion of champions), after they nearly swept the board in three Baywide competitions.

Mount Maunganui success in the Bay of Plenty Cup and Baywide T20, saw the Baywide trifecta thwarted when the Mount side finished second on run-rate countback, when the Versatile Tauranga Williams Cup playoffs were abandoned because of Covid 19.

A Mount Maunganui change of captaincy from longtime skipper Dale Swan to Matt Golding, won’t dilute the experience at the top, with Golding having been a Mount Maunganui premier player  for thirteen seasons. The Mount Maunganui coming and goings, will see David Hancock and Niven Dovey (mid-season) arrive and Dan Smith and Ben Guild move to new Baywide recruits Papamoa.

Snapping at Mount Maungani’s heels throughout last season, were Eves Realty Greerton, who chased the Blake Park based side home in the Bay of Plenty Cup and Baywide T20 competitions. The Pemberton Park based side won the Versatile Tauranga Williams Cup on count-back after Greerton, Mount Maunganui and Cadets were tied on equal points at the end of the regular season.

Multiple Baywide champions Element IMF Cadets have rung the changes with several extremely promising youngsters, to counter the loss of Cadets legend Jono Boult and Jacob Logan. Andrew Mascall will step into the captains role vacated by Jono Boult, while second generation Cadets premier players Carson and Spencer Wills have joined the side.

Other new Cadets faces are Jamie McCabe from Ireland, along with Luke McConaghty from Palmerston North, with Dandre du Plessis returning to the Tauranga Domain.

Arguably the most improved side in Baywide cricket last season was Generation Homes Lake Taupo, who where the Bay of Plenty Plate runner-up and made the playoffs in the Baywide T20 finishing third equal. One Lake Taupo casualty has been last seasons star all-rounder, Drew Brierley, unable to return from the Northern Hemisphere because of Covid 19.

Habib Malik will continue to captain the team since being appointed in 2018, with several local players being given the opportunity to step up to the premier ranks for the first time.

The Te Puke Cricket Club dates back to the early days of the sport in the Bay of Plenty, having been first established in 1887, with the first recorded match between Te Puke and Tauranga teams played in 1884.

Stability will be the key to success for The Flying Mullett Te Puke premier side this season, with Stephen Crossan again cemented as the teams captain and an unchanged line-up in the Te Puke First XI. The Te Puke side always target the time-honoured Versatile Tauranga Williams Cup as their primary target each year, with the Te Puke Domain based unit holding the record of 16 titles, since their first victory in the 1938/39 season.

The combined Bayleys Central Indians team, has deep roots that trace back to the Central CC formed in the late 1940s and the Indian Sports Club established in a similar vintage. The big news in their player ranks is the return of Bharat Popli to the team as player/coach.

Bharat Popli played 46 first class matches since his ND debut in December 2013, scoring 2779 runs with three centuries and a highest score of 172. While numerous accolades have flown thick and fast in his time in the middle, the 2015/16 season was his career highlight, being named the NZ Cricket Domestic Player of the Year. Some 1149 runs at an outstanding average of 65.78 testified to his outstanding season achievements.

Steve Nicholls will again lead the Rotorua combined side troops, with Dan Ford and Ryan Hill joining Bharat Popli as new team acquisitions, while Parv Mehta is the only player loss.

The Geyser Cricket Club made a solid start to their first season in the Baywide cricket competitions last season. Covid 19 claimed another overseas player with Sam Kershaw having to return home to England.

The progress that Geyser made during the summer, is shown by individual player performances in the season ending Versatile Tauranga Williams Cup. Sam Kershaw was the number one batsmen with 414 runs, which included two centuries. Other Geyser players to figure in prominent positions on the individual statistics, were Josh Simpson who took 15 bowling scalps with best figures of 5/42 and Joe O’Donoghue taking nine wickets.

Papamoa are the new boys on the block in making their Baywide competition debut in the new cricket year. A Papamoa Cricket Club spokesman, said history would suggest that most new teams take a couple of years to find their feet in Bay of Plenty premier cricket. The Papamoa expectations are centered on continually improving each week and being competitive against all other contenders.

Former Black Cap Matt Horne, who numbered 35 Tests and 50 ODI’s, will coach and play in the new Baywide side, with former Bay of Plenty representative players in Mitchell Sweetman and Mark Divehall also bringing experience in spades to the new team.