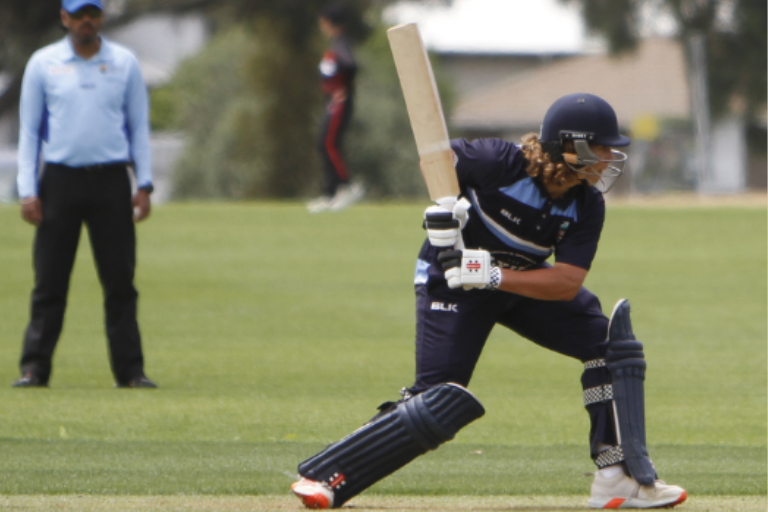 The last round of cricket before Christmas and the end of the Bayleys Bay of Plenty Cup for the season was a cracker.

Holland Beckett Law Tauranga Boys College had been hitting their stride in the latter part of the competition with 2 wins from their last 3 outings so were happy to be sent into bat by the bottom of the table Craigs Investment Partners Geyser City. The Rotorua lads struck early and Tauranga Boys found themselves 3 wickets down with 21 runs on the board. A 119 partnership between Sam Clode (58) and Luke Scrimgeour (65) put Tauranga in the box seat and a quick 18 from Charles Williams ensured they had a competitive total to defend of 224.

Geyser City got off to a positive start with the openers tallying up 12 runs in the first two overs. Wickets fell steadily from that point onwards and they were in trouble at 79-7 in the 25th over. An 8th wicket 69 run partnership between Gordon O'Donoghue and Dilraj Singh Gill was looking promising but when O'Donoghue was caught on 62, the prospect of their first win in the competition was put to an end.

Over in Te Puke, The Element IMF Otumoetai Cadets needed a win to ensure they ended the competition in 2nd place and they were ready to fire against a The Flying Mullet Te Puke team who have been hovering in the middle of the table for the majority of the BOP Cup.  It was slow and steady for the Cadets openers with 26 runs coming in the first 10 overs but you know what they say about slow and steady and at 111 runs with no wickets down the Cadets were cruising. Cameron Riley was the first to make a breakthrough when Marcel Collett was caught behind and headed back to the shed with 55 to his name. The top run scorer for the competition, Fergus Lellman, carried on while wickets fell around him to score another masterful century. A quick fire 49 from Blake Pentercost late in the innings, set Te Puke a mammoth task of chasing down 291 runs to win the game.

Cameron O'Dea stuck early for the Cadets, dismissing Iman Singh in the 2nd over. Wicket keeper batsman, Blair McKenzie, showed how it is done with a classy 85  which moved him into 4th place on the  batting table with 344 runs in the competition at an average of 49.14. Although they didn't chase down the Cadets total, Te Puke hung in there for a losing draw.

Wanting to end the year on a high, Generation Homes Lake Taupo played host to Eves Realty Greerton. The away team were left questioning their decision to bat first when opener Harrison Perry was out in the fist over and Greerton found themselves on 1-1. Fellow opener Ben Lind got stuck in for a 117 ball 57 and a 74 run contribution from Pip Thickpenny pushed Greertons total up to 261.

It was an eventful first over for Lake Taupo with 3 wides, 8 runs and a wicket. A 62 run partnership between Habib Malik and Caleb Bate gave the home side something to cheer about but when Bate was bowled by Tim Burke in the 24th over and Malik running out of partners on the other end, it was a matter of staying in there for a draw. It was a tight bowling performance from Greerton with 73% of balls bowled being dot balls but they couldnt take the full compliment of wickets and Lake Taupo was 6 down after their 50 overs, leading to a winning draw for Greerton.

The Bayleys Central-Indians needed a bit of luck on their side if they wanted to finish the competition in 2nd place having to win their game vs Papamoa and hope that the Cadets lost theirs.

It was a slow start for Central with the openers contributing 5 runs in the first 3 overs. Lovely Sandhu came to the crease in the 4th over after Julian Danby was dismissed for 4 and stayed there for 41 overs, chipping in 64 runs. Contributions from Ben Sandford (35), Anish Desai (28) and Aaron Bennett (30) helped the Rotorua side to 214 runs all out in 57 overs.

After not having a win since the 2nd round in October, Papamoa looked strong and a 4th wicket partnership of 116 between Tim Tomlinson and Aman Mahal put the home side in the box seat, chasing down Centrals total in 51 overs with 4 wickets in hand.