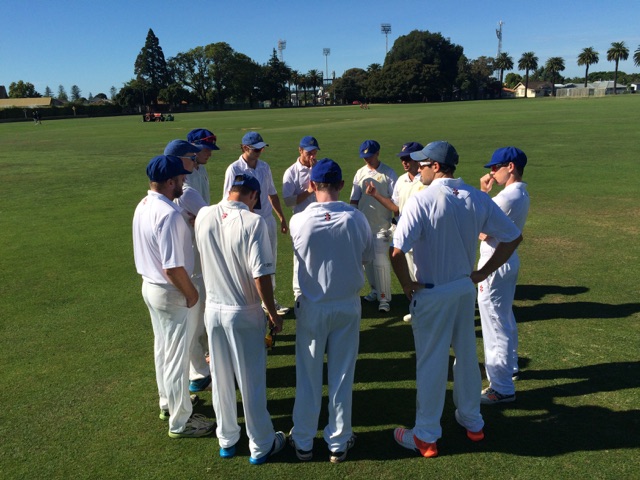 Two notable milestones were recorded as the Bay of Plenty team assembled to enter the combat zone. Bay of Plenty all-rounder Peter Drysdale took over the mantle of the most games in the Bay of Plenty uniform, of 106 matches, after sharing the record with Derek Beard over the winter break. Black Cap bowler Neil Wagner became Bay of Plenty representative player number 552, when he walked out on to the Tauranga Domain.

The team from the Far North won the toss and elected to bat. Northland opener Henry Cooper anchored his teams day one performance, with 116 runs, as his side reached 302/8 on the opening day's play. Cooper received plenty of assistance from Thorn Parkes (53) and James Banicevich (35).

Day two saw the Northland tail continent to wag, before being removed for 350, setting the home side a substantial target to take out first innings points. Peter Drysdale took three wickets for 53 runs, with Neil Wagner, Chris Atkinson and Brett Hampton finishing with two wickets apiece.

Bay of Plenty were 100 for the loss of three wickets when Black Cap Dean Brownlie arrived at the crease. The Bay number four was joined by Brett Hampton, with the pair putting together a 142 run partnership, with both batsmen removed for identical top scores of 94.

Norhland appeared in control, with the hosts at 244 for six wickets, when New Zealand under 19 wicket keeper Ben Pomare strode to the wicket. Pomare, took a responsible approach to his teams quest for the first innings points on offer, before hitting out. The Bay keeper, smacked 77 runs in a innings that contained nine 4's and three shots over the boundary ropes.

The dismissal of Pomare brought Neil Wagner and Dominic Crombie together who got their team over the line with the first ball of the 85th over.

The Northland encounter produced a BOPCA significant representative milestone, with Bharat Popli’s 30 runs taking him past the 3500 run mark, to edge closer to Mike Wright’s all-time record of 3950 runs.

The Fergus Hickey Rosebowl first innings points win, was a notable start for new Bay of Plenty representative coach in former Black Cap Daniel Flynn, in his first game in charge of the Bay of Plenty troops.