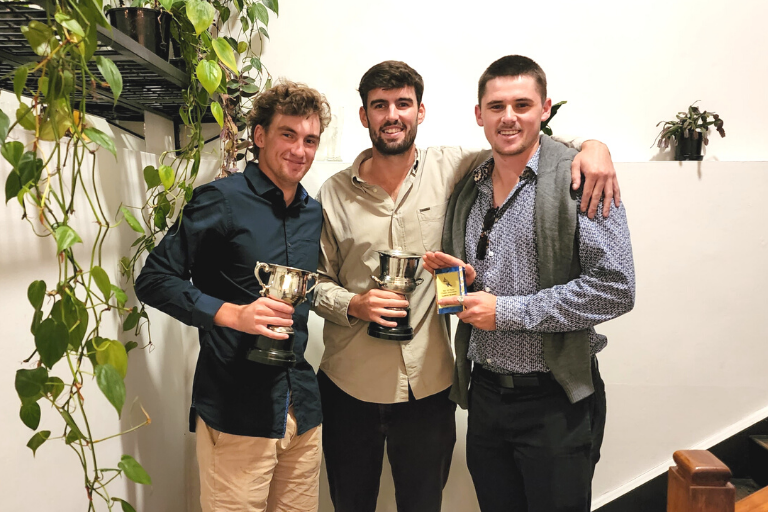 With another season coming to an end, it's time to acknowledge some of the outstanding contributors to Bay of Plenty Cricket during the 2021/22 season.

Player of the Month

Tim started the season off in fine form, taking 12 wickets and scoring 265 runs in the first month of the season.

A truly phenomenal performance for the Cadets stalwart, Gallapaththi tore the Greerton line up apart, taking 8 wickets in just 9.5 overs. Mayura removed the top 3 batters in his first 3 overs, before taking the final 5 wickets of the innings.

Mckenzie dominated the lead up to the Christmas break, with 3 scores in the 80’s across the month. Scores of 80 against Tauranga Boys College followed by 86 not out the following day for the Tauranga Coastal Attrill Cup team was then followed by a 85 against Cadets in The Bay Cup.

Bridgman-Raison  started the 2022 Williams Cup with a bang smashing 342 runs in a month. A season total many players would be happy about.

Tai started with a 61 against Cadets, before hitting back to back hundreds against old foes, Greerton and Central-Indians. Tai rounded out the month with a brisk 41 not out against Papamoa.

Drysdale notched up another 3 figure score for his beloved Mount Maunganui of February 26, when he carried his bat for the entire innings against Lake Taupo CC. No one else in the match managed a score over 45, which just showed how good this performance was.

It was a big month for Mascall in many ways. He managed to put together scores 60 and 92 in The Williams Cup, before getting a call up and making a well-deserved debut for The BOP Mens team. Not only did he make his debut, but Andrew went on to lead the team with a stellar knock of 81 against Counties. To cap off a huge month, Andrew captained Cadets to the Williams Cup title on the last weekend of March, when Cadets won a hard fought final against Central-Indians.

Another outstanding McNaughton Trophy saw 16 teams take part in a knockout, winner takes all competition. The winner was found under the lights at The Bay Oval. A hard fought final between R & A Sangha and Hawks Cricket Club saw the R & A Sangha Cricket and Punjabi Culture Club emerge victorious.

This is R & A Sangha’s 5th McNaughton Trophy title

Starting the season with a fresh faced team, Tauranga Boys showed they can compete at the highest level and finished the season strong, vying for the top 4 in the Versatile Williams Cup and ultimately coming 5th.

The Bay Cup took on a new format this year, with the teams battling it out using the 60/50 format, with batting, bowling, outrights and draw points all available.

This is Mount Maunganui’s 8th Bay of Plenty Cup title.

The Baywide T20 competition was played across 2 pools, with weekend and midweek games featuring across the season. Another great competition culminated in a final at Blake Park between Te Puke CC and Otumoetai Cadets. The match was in the balance until the bitter end. But the eventual champions were Otumoetai Cadets Cricket Club

The Williams Cup is the one all the clubs want to win. With winners dating back to the 1932, Bill as the cup is affectionately known is steeped in history.

The final took place in Rotorua, after a week of rain. In a slightly shortened final, Otumoetai Cadets made first use of the surface, with standout half-century contributions from Fergus Lellman and Tim Pringle getting them to a competitive 195-9 off their 43 overs.

Central-Indians made a solid start to their run chase, but regular wickets, and tight bowling from The Cadets spinners made the difference. Outstanding contributions from Jono Boult, with 3 wickets, and Spencer Wills with 4 wickets, saw Central-Indians bowled out for 111 and the title going to Otumoetai Cadets CC

With a second place finish in the Bay Cup standings, followed by wins in the Baywide T20 and Williams Cup, the Champion Club of the year, and recipient of the Hart Family Cup is Otumoetai Cadets

In recognition of outstanding contributions to community cricket

Deb has served on both the Taupo and Taupo Junior cricket committee for the best part of a decade. She has brought a professional and balanced approach to cricket in the region ensuring there is a community and family focus to the way cricket is conducted. Having this approach is certainly one of the factors to the growth of junior cricket in this region over her time.

She has served in many roles, most notably as long standing Treasurer and as a champion of CricHQ scoring.

Deb is one of the most positive promoters of cricket in the Bay of Plenty region, always quick to share her enthusiasm for Taupo cricket development, the potential pathways for junior cricketers and help anyone get started with Cricket.

Don has played a huge role in growing and supporting cricket in the Bay of Plenty region for over a decade and has made an impact on so many. In his own words; "My aim has always been to ensure players, parents, coaches and administrators are all involved in Cricket with a huge smile on their face!"

Wakelin made her NDCA senior debut this season, playing 5 games for the province.

First Class Player of the year

BOP Player of the Year

Bay of Plenty Cricket would also like to acknowledge and thank their sponsors; Craigs Investment Partners, Cricket Express, Bayleys BOP, Versatile Tauranga and Holland Beckett Law for their continued support and contribution to cricket in the region.