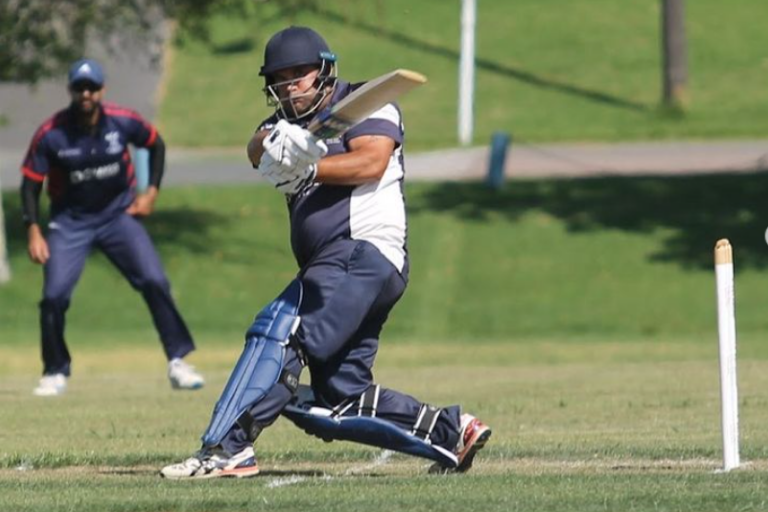 With the festive season behind us, the 2nd half of the season marks the return of the coveted Versatile Tauranga Williams Cup.

Last seasons runners up, the Element IMF Otumoetai Cadets faced The Flying Mullet Te Puke Premier side first up at home. After winning the toss and deciding to have a bat first, the Cadets got off to a steady start with Spencer Wills anchoring the innings with 61 runs off 91 balls. He partnered up with one of the Cadets most decorated players, Jono Boult, who was playing his first game of the season and together put on an 80 run partnership before Wills succumbed to the bowling of Mikaere Leef in the 38th over. Boult continued on until he was run out for 70 off 59.

Chasing a total of 256, The Flying Mullet Te Puke relied on the experience of opening batsman Tai Bridgman-Raison. He did not disappoint with a skilful 61 before the finger went up and he was out lbw in the 33rd over. Contributions from Captain Blair McKenzie (30), Josh Earle (33*) and Hamish Wilde (34) weren't enough to get their side over the line, falling short by 42 runs.

Over in Rotorua on a newly redeveloped Smallbone Park, the Bayleys Central-Indians were sent into bat first by Papamoa. It was a shaky start with the ball for the Papamoa bowlers with 4 wides coming off the first over but soon got into their groove, dismissing opener Daniel Ford for 8 in the 11th over. Fellow opener, Lovely Sandhu, got Central off to a good start (including a 17 run over) but was dismissed shortly after Ford for 39. Cody Fell contributed a valuable 43 and a quickfire 72 off 36 from captain Julian Danby set the total at a formidable 257.

Papamoa's middle order came to the party with Xavier Lea producing a run a ball 45 and Paul Inglis with a steady 36, but they ran out of wickets in the 47th over with 55 runs still to chase down.

The Holland Beckett Law Tauranga Boys College 1st XI didn't let the fact that 2022 started with losing the toss for the 11th time in a row get them down as they approached bowling first to the Craigs Investment Partners Geyser City prems with gusto. After a rusty start with extras top scoring over the first 20 overs, Harsh Patel got the first breakthrough with the wicket of opener Jasvinder Singh in the 5th over. Geyser found themselves in the undesirable position of being 5 down with 57 on the board but a much needed 6th wicket partnership of 79 between Gurtej Billing (32) and Gordon O'Donoghue (62) got them to 173 all out in the 50th over.

Tauranga Boys wernet mucking around with the willow in hand, putting on 80 runs for the first wicket. Charles Williams reached the first half century of the new year before falling the very next ball for 51. With 70 still required Seb Heath and Tim Clarke put on a solid partnership of 65 to ensure a comfortable 7 wicket victory. Heath (30) falling short of a red ink display as he went for the winning blow. Clarke hitting the winning boundary to end unbeaten on 46 and securing a bonus point win inside 36 overs.

Generation Homes Lake Taupo had to forfeit their game against Eves Realty Greerton so Greerton receive the points for this round and will start their Versatile Tauranga Williams Cup campaign next Saturday against Te Puke.