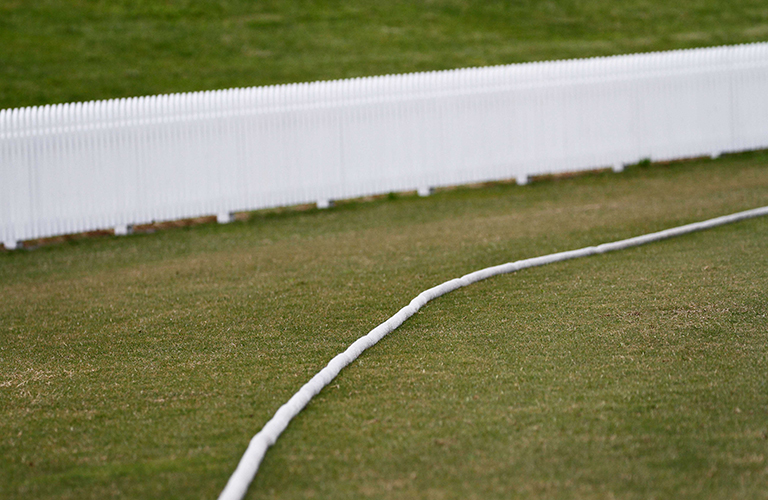 A century belted by GS Mahal, simply took the 2021 McNaughton Trophy Final away from the Greerton Kings, at the Bay Oval at Mount Maunganui on Thursday (25 March 2021) evening.

The McNaughton Trophy presented by Te Puke's McNaughton Trophy in the 1980's, is considered by many to be the Baywide Reserve Grade Championship, with a record sixteen sides starting the chase for the big prize in December 2020.

The Sangha XI, who were chasing their fourth McNaughton prize in five seasons, batted first and lost their first wicket with 48 runs on the board. GS Mahal then took charge of his teams fortunes, to belt 111 runs off 90 balls, with twelve 4's and four big shots over the boundary.

Mahal received plenty of support from Vikas Mohan (37) and Deepak Singh, as they went on to reach 270 for the loss of eight wickets, in the McNaughton regulation forty overs. Gurtej Billing and Michael Rowland both took two wickets in the Greerton bowling attack.

Greerton were in touch with the required run rate in the early stages of the game, however the Sangha team bowlers upped the ante to slow the reply. At five down for 146, the Kings were some fifty odd runs behind their opponents. The Sangha bowlers further tightened the screws, to end the Greerton chase at 198 for the loss of seven wickets, after the allotted overs.

The Sangha eleven have just two days rest, before they endeavour to add the WBOPCA Reserve Grade Championship to their McNaughton crown, when they play Sikh Sports on Saturday in the Western Bay title decider.