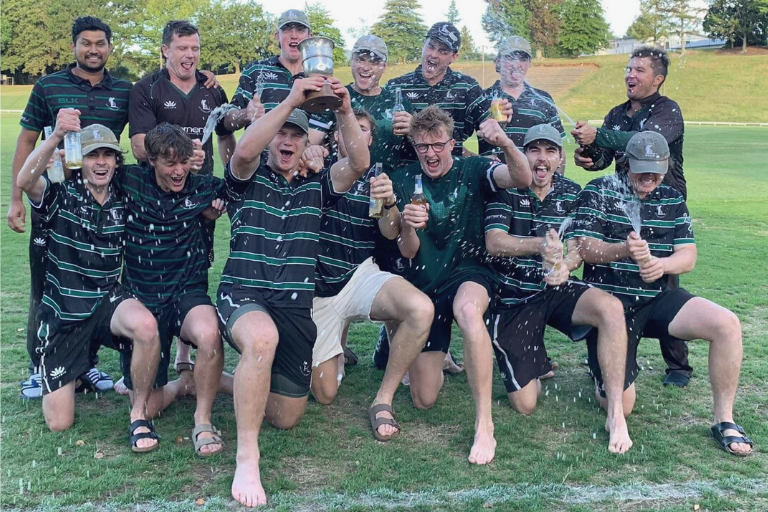 The Element IMF Otumoetai Cadets have ended their season on a high, claiming their 12th Williams Cup title.

A ground delay meant the game started later than expected with reduced overs with the home team winning the toss and putting Cadets in to bat.

The day started well for Central as they broke up Cadets opening partnership early before too much damage was done but a 2nd wicket, 68 run partnership between Fergus Lellman and Joe Carter got their team back on track.

Parv Mehta made the breakthrough, dismissing both danger men in one over which meant two new batsmen at the crease, Jono Boult and Tim Pringle. The duo put on an additional 31 runs before Boult was dismissed by Mehta too.

Pringle carried on and some big run scoring overs at the end of their innings saw Cadets post a formidable total of 195 off 43 overs.

Central began their run chase in a slow and steady fashion and found themselves on 33 in the 12th over without a wicket down.

Issac White made the first breakthrough, dismissing Daniel Ford which opened the floodgates.

Spencer Wills then came in and ripped through Central's batting line up, finishing up on 4/8 off 3 overs as the Cadets cruised to an 84 run win.