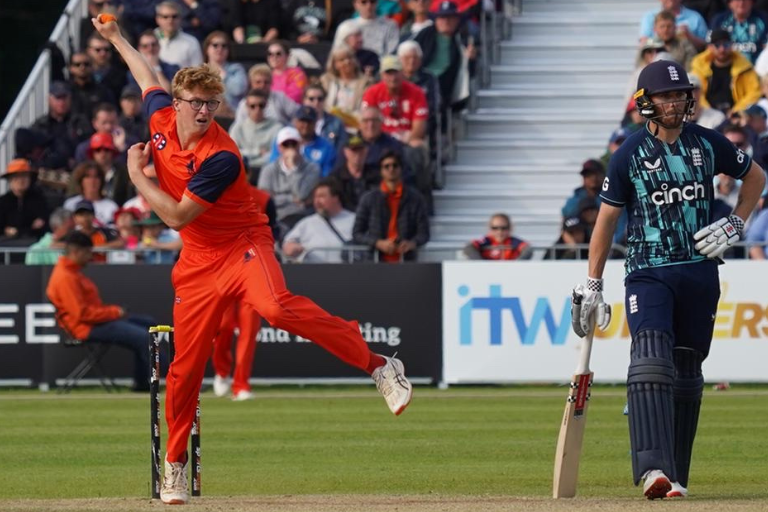 While our Bay of Plenty players back in the beautiful bay are eagerly waiting for the cricket season to kick off,  a few familiar faces have traveled halfway across the world to challenge themselves by playing abroad.

All rounder, Brett Hampton is currently having a successful season playing for Excelsior’20 Cricket Club. Hampton has taken 21 wickets (including an impressive 4/10) at an average of 16.05. While taking wickets, Hampton has also scored 321 runs with a highest score of 124 not out which has helped forge a 40.13 batting average. Hampton has started to set the tone for another incredible season in the bay.

Tim Pringle made his debut for the Netherlands ODI Team whilst playing for The Hague Cricket Club. Pringle's batting average of 30.82 comes after a high score of 91 and a total of 339 runs. Not only has Pringle scored runs, he has also taken plenty of wickets, totalling 26 with an impressive average of 18.88 and best bowling figures of 4/23 playing in the dutch league. One notable scalp is the wicket of Liam Livingston in the recently completed ODI series against England. He is now in Zimbabwe at the ICC T20 World Cup Qualifiers.

Over in the UK, Blair McKenzie has had a great season to date, averaging 51.00 with the bat. With a high score of 128. McKenzie has scored a total of 765 runs with plenty of matches left in the season to add to his tally. Behind the stumps, McKenzie has taken 11 catches and 6 stumpings. Playing for Slaithwaite Cricket Club in the Huddersfield Cricket League, McKenzie has made an impressive start to what looks like an ongoing success for the upcoming seasons.

We caught up with Blair and Tim on their experiences so far:

How has playing cricket overseas changed your outlook on cricket in New Zealand?

Playing cricket in the UK feels to be a bit more relaxed in regards to trainings and preparations for games with a big emphasis on off field culture! It definitely makes me appreciate the coaching resources I have access to on a daily basis through BOP Cricket and Pete Swan at Te Puke CC.

What has been the hardest thing to adapt to while being in England?

I would say the most challenging thing to adapt to in the UK is the wickets we play on. Generally a lot slower and lower so it’s been an adjustment compared to the hard, fast natured wickets we typically play on back in the Bay.

Have you managed to do any travel while you have been abroad playing in England?

Yes. I have experienced a lot of the big cities in the UK (London, Manchester, Nottingham). I have also been fortunate enough to get over to Dublin for a few nights with a couple upcoming trips to Amsterdam and Paris.

What would you say to anyone looking at playing cricket in England?

If the opportunity came up for someone to venture overseas to play cricket I would definitely encourage them to do it. Experiencing conditions in different countries will only improve you as a player. On top of this, the opportunity to travel is well worth it!

What has been the highlight of your summer abroad?

It’s been a pretty whirlwind summer so far with HCC but also with the Netherlands team. I would have to say my highlight so far was making my ODI debut against England.

What has been the biggest challenge playing in a different country?

Has the weather impacted the way you have played?

The weather has been excellent in the Netherlands this summer. From what I heard about it back home I came prepared with a few umbrellas but it has been phenomenal!

What would you say to anyone looking at playing cricket in the Netherlands?

I think the one thing I would say to someone playing cricket abroad is to not put too much pressure on yourself, just get yourself immersed in the club culture and just enjoy it as much as you can.