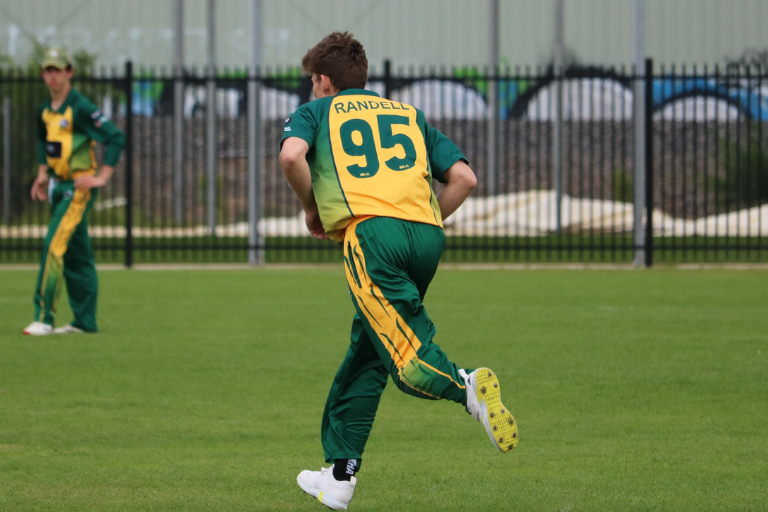 It was a dominant performance from the Bond & Co Mount Maunganui premier side as they faced off against the Element IMF Otumoetai Cadets.
Double figure contributions from the top 8, which included a high score of 43 from Ben Musgrave, saw Mount Maunganui in a great position with 234 runs after 60 overs.

The Cadets chase got off to a good start with opening batsman Marcel Collett falling just short of his half ton on 47. Coming in at 4, Tim Pringle contributed a batting masterclass, finishing up on 77 not out - however, brilliant bowling by Pete Drysdale and Northern Districts contracted player, Brett Randell (both getting 3 wickets each), and 3 ducks in as many overs secured Mount Maunganui the win.

After a slow start, Nick O'Sullivan and Umesh Ranaraja put on a 4th wicket partnership of 49. After O'Sullivan was caught and bowled in the 20th over, Ranaraja continued on and formed a partnership with Mitchell Rush (69) helping take their total to a healthy 211 in the 51st over.

Jared Tutty and Daniel Spencer opened the bowling for Greerton - Tutty steaming in from one end making players duck and weave while Spencer worked his magic with the ball at the other. Wickets fell regularly with good catches taken. A brilliant 65 off 56 balls for Samuel Devereaux and a 10th wicket partnership of 41 with Cohen Stuart wasn't enough with Stuart falling to Spencer with Geyser all out for 141 in the 39th over.

Generation Homes Lake Taupo Cricket Club played hosts to Papamoa in a nail biter. Aaron Barbour started strong for Papamoa, anchoring the innings and bringing up his half century in the process. Tight bowling from Taupo, in particular John Dolan who took 3 wickets at an economy rate of 2.36, restricted Papamoa to 195 in 60 overs.  Michael Mitchell was in fine form for the home team, coming in at 3 and amassing 87 runs, but Mitchell's efforts as well as contributions from Caleb Bate (30), and Jesse Dowd (21) couldn't chase down the runs needed to secure the win and were bowled out in the 50th over 4 runs short of a win.

It was a low scoring affair in Te Puke as the Flying Mullet Te Puke prems took on Rotorua's Bayleys Central-Indians.
The Central-Indians chose to bowl first and were rewarded with 2 quick wickets in the first 3 overs. Blair McKenzie and Ben Vyver settled the innings with a 48 run partnership but central bowler, Andrews Gibbs was on fire, ripping through the middle order and helping bowl Te Puke out with a modest total of 114.

Bharat Popli opened the batting for the Central-Indians for the first time this season and showed his class with 55 not out from 68 balls. He partnered up with new player/coach Anish Desai (46) to chase down Te Pukes score in the 25th over. Cameron Riley was the only bowler to put a dent in the run chase, taking 2 wickets off his 8 overs.